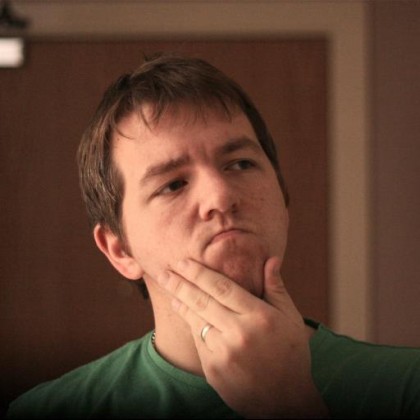 12 Devs—and the 12 Devs of Xmas that started it all—has been immense fun. Three years of learning and doing for all of us involved.

The idea started in the closing months of 2010 when Adam, Clinton & I hatched plans through email to build and launch something to give back to the community.

After the second year of articles, we decided to branch out and do bigger and better things. We started work on the 12Devs of Summer (a second article-based feature for the summer), the ‘Thoughts’ series where we’d ask developers for their thoughts on specific subjects.

And of course, the events! The first event held in April 2013 at MozSpace was in equal parts amazing & terrifying; but seeing a room full of amazing people from our industry made it all worth while and we wanted to do it again & again!

July 2013 and October 2013 hosted similar events at both MozSpace and Shoreditch Village hall. Equally amazing events with each one improving over the last.

And of course, today, our fourth and final event of the 12Devs series.

Sadly, the 12 Devs events—and indeed the whole 12Devs party in its current guise—will be coming to an end. As you can probably imagine, events don’t organise themselves, from arranging speakers, the venue, and making sure we have enough sponsorship to cover the Burritos and Beers. Over the last couple of events, these preparations as well as juggling our full-time jobs and other commitments, has added a lot of stress to our lives.

For the most part it has been extremely rewarding but the stress has been hard to overcome not least this latest time round as all of these concerns have come to a head over the festive break. A time usually saved for spending time with friends and family, not proof-reading articles, making sure the code is correct and feverishly trying to make sure we’ve got the budget correct for the event. Adam has worked every Christmas day for the last 3 years.

So there we have it—a fond farewell to 12Devs as you know it. We still want to try a few other things. We’ll be holding a few workshops in the coming months so do keep an eye out for those.

And finally, the biggest of humongous thank yous to you, the amazing web community who have made each and every article, event and thought worth it!

You’ve been amazing. We’ve nothing but love for the community!