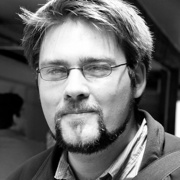 After a year’s hiatus, we’ve decided that life just isn’t the same without 12 Devs. So this Christmas, 12 Devs of Xmas will make it’s return. Anthony and I had a lot of fun (and did a lot of work) running 12 Devs, and while at the time it was the right decision to bring the project to an end, we now feel the time is right to bring back the series of articles around the Christmas period.

Over the course of 3 years, 12 Devs included 4 series of articles, 4 events, and a short-lived series which we named “Thoughts”. We were lucky to have 18 wonderful speakers grace our stages, and 44 writers contribute 54 articles to our digital pages. All of these people kindly donated their time to help our project and bring some fantastic insights into the world of web development.

The next part of our journey will begin again at Christmas. For now we’re looking to just bring back the 12 Devs of Xmas style series of articles. In the early days we got carried away and played with the idea of doing more with the project, which may have ultimately lead to the hiatus. This time we’re keeping it simple, sticking to what we know and aiming for just 12 fantastic articles for you to enjoy over the Christmas period.

The first thing we will be doing is making a few changes to the 12 Devs websites. Instead of two separate sites we’re going to be merging them into one at 12devs.co.uk. The 12 Devs of Xmas site will eventually be decommissioned but not until all the old content has been moved across and redirects setup to their new location. Our articles still receive a substantial amount of traffic so we’re going to make sure everything is still available where it should be and all demos are still up and running.

The next rather major change we’ll be making is to our team. For three years the series and events were mostly run by Anthony and I. Since the break we’ve come to realise that having just the two of us at the helm wasn’t enough. Therefor I’m very happy to say that this year we’ll be joined at 12 Devs by the wonderful Lily Dart.

I’ve been friends with Lily for a bit over a year now after having met when she kindly sponsored one of the events through her company at the time dxw. Lily is an active member of the web community, co-organising 300 seconds and speaking herself at many conferences and meet ups. I have absolutely no doubt that Lily can help us put together an amazing line-up for the next series of 12 Devs and help lighten the load on both myself and Anthony.

We’re a fair way away from the 26th of December, but we’re already starting to get our heads together and plan for what we want to see from the next series of 12 Devs. Our work will start with a redesign of the current site and migration of all the existing content. Next we’ll be starting to look for writers for the series itself.

We’ve already got a long list of specific topics we’d like to see covered in the next series. We’re going to look to release those soon and invite people to start suggesting articles they’d like to write. Keep an eye out around Autumn when we’re likely to be getting things together.